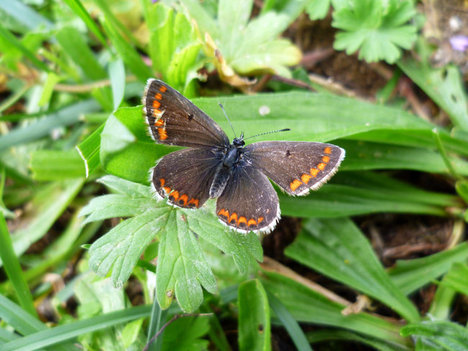 “The brown argus butterfly has expanded its range in England.” Source of caption and photo: online version of the NYT article quoted and cited below.

(p. D3) A butterfly species in England is expanding its range, thanks to climate change.

In the current issue of Science, researchers at the University of York report that the brown argus butterfly has spread its reach in England northward by about 50 miles over 20 years as a warmer climate allows its caterpillars to feed off wild geranium plants, which are widespread in the countryside.