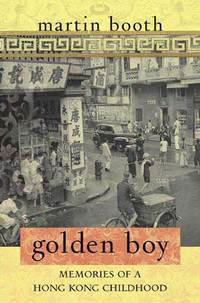 Source of book image: http://www.holtzbrinckpublishers.com/stmartins/Search/SearchBookDisplayLarge.asp?BookKey=3008997
Here is an excerpt from a review of a posthumously published memoir, by a well-known British author, recounting three years of childhood in the Hong Kong of the early 1950s:

(p. B12) He has written an extraordinarily happy book, filled with hilarious set-pieces and pulsating with Hong Kong’s vibrant street life. Unlike monochrome Britain, with its dull diet and pinched economy, Hong Kong offered color, variety and adventure.
. . .
Most of Mr. Booth’s encounters were curious rather than dramatic, like the incident of the plink-plonk man, a street musician with a monkey outfitted like a mandarin from the Ming dynasty. One day, as Martin watched, the monkey managed to bite through his leather leash. In a flash, he was up a tree, where, ignoring his master’s pleading and cursing, he carefully disrobed and flung his costume to the street below. Then, in one magnificent act of repudiation, he sent a perfectly aimed stream of urine down on the man’s upturned face, to the delight of the crowd that had gathered. Where in England could you see that? 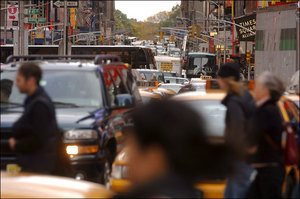 Traffic congestion on 7th Avenue near Times Square. Source of photo: online version of the NYT article quoted and cited below, downloaded at: http://www.nytimes.com/2005/11/11/nyregion/11traffic.html

(p. A23) It is an idea that has been successful in London, and is now being whispered in the ears of City Hall officials after months of behind-the-scenes work by the Partnership for New York City, the city’s major business association: congestion pricing.

The idea is to charge drivers for entering the most heavily trafficked parts of Manhattan at the busiest times of the day. By creating a financial incentive to carpool or use mass transit, congestion pricing could smooth the flow of traffic, reduce delays, improve air quality and raise the speed of crawling buses.

SEWELL CHAN. “Driving Around in Busy Manhattan? You Pay, Under Idea to Relieve Car Congestion.” The New York Times (Friday, November 11, 2005): A23. 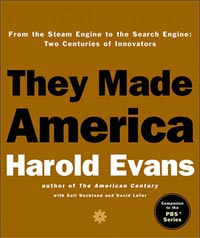 (p. 11) This crucial difference between invention and innovation was borne in on me on my return to England in 1957. As a young science reporter, I visited the government-funded National Physical Laboratory at Teddington, and they showed where their senior researcher Robert Watson Watt had in 1935 invented the radar system that was to help the Royal Air Force win the battle of Britain. His former colleagues remarked with chagrin on how swiftly this British invention had been taken up and exploited in the United States after 1939, laying the foundation for the great electronics industry. It was the same story with antibiotics, following Alexander Fleming’s 1928 discovery of penicillin; with Maurice Wilkes’s pioneering efforts in developing the first commercial application of the computer at the offices of J. Lyons and Company in 1951 and with the jet engine. All of these British inventions were superseded by the innovative energies of America.

Evans, Harold. They Made America: Two Centuries of Innovators from the Steam Engine to the Search Engine. New York: Little, Brown and Co., 2004.