IT’S a phenomenon that gives the term “gun control” a whole new meaning: community ordinances that encourage citizens to own guns.

Last month, Greenleaf, Idaho, adopted Ordinance 208, calling for its citizens to own guns and keep them ready in their homes in case of emergency. It’s not a response to high crime rates. As The Associated Press reported, “Greenleaf doesn’t really have crime … the most violent offense reported in the past two years was a fist fight.” Rather, it’s a statement about preparedness in the event of an emergency, and an effort to promote a culture of self-reliance.

Criminals, unsurprisingly, would rather break into a house where they aren’t at risk of being shot. As David Kopel noted in a 2001 article in The Arizona Law Review, burglars report that they try to avoid homes where armed residents are likely to be present. We see this phenomenon internationally, too, with the United States having a lower proportion of “hot” burglaries — break-ins where the burglars know the home to be occupied — than countries with restrictive gun laws.

Likewise, in the event of disasters that leave law enforcement overwhelmed, armed citizens can play an important role in stanching crime. Armed neighborhood watches deterred looting in parts of Houston and New Orleans in the aftermath of Hurricanes Katrina and Rita.

Glenn Reynolds is a professor of law at the University of Tennessee, and is the blogger of Instapundit.com.  In 2006, he published: 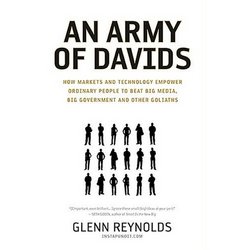