Source of graphic:  online version of the NYT article quoted and cited below.

(p. A1)  Two of the world’s largest drug companies are paying hundreds of millions of dollars to doctors every year in return for giving their patients anemia medicines, which regulators now say may be unsafe at commonly used doses.

The payments are legal, but very few people outside of the doctors who receive them are aware of their size. Critics, including prominent cancer and kidney doctors, say the payments give physicians an incentive to prescribe the medicines at levels that might increase patients’ risks of heart attacks or strokes.

Industry analysts estimate that such payments — to cancer doctors and the other big users of the drugs, kidney dialysis centers — total hundreds of millions of dollars a year and are an important source of profit for doctors and the centers. 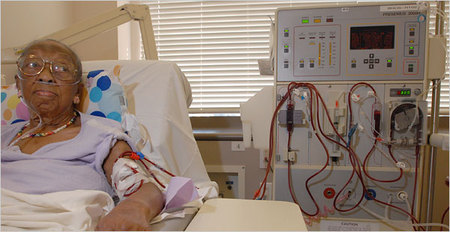