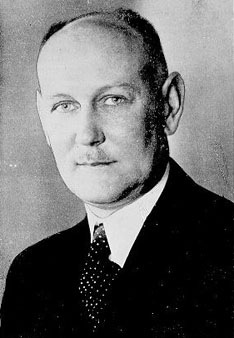 Gerhard Domagk spent most of his adult life in a focused, tireless effort to find the first cure for a bacterial infection. Finally, his laboratory discovered a sulfa drug they called “Prontosil,” that seemed effective against strep and some other infections. Domagk published his first preliminary results on the drug in February 1935 (see Hager, p. 164). An increasing number of doctors began testing the drug on their desperate patients.
Life is not always unfair:

(p. 181) In early December 1935, just after the French published the discovery that pure sulfa was the active ingredient in Prontosil, Domagk’s six-year-old daughter, Hildegarde, suffered a bad accident. She was making a Christmas decoration in their house when she decided that she needed help threading a needle. She was on her way downstairs to find her mother, carrying the needle and thread, when she fell. The needle was driven into her hand blunt end first, breaking off against a carpal bone. She was taken to the local clinic and the needle was surgically removed, but a few days later, her hand started swelling. After the stitches were removed, her temperature rose and kept rising. An abscess formed at the surgical site. She had a wound infection. The staff at the clinic tried opening and draining the abscess. When it became reinfected, they opened it again. Then again. The infection started moving up her arm. “Her general state and the abscess worsened to such a point that we became seriously concerned,” Domagk wrote later. “More surgery was impossible.” She was falling in and out of consciousness. The surgeons were talking about amputating her arm. Once the blood tests showed that the invading germ was strep, Domagk went to his laboratory and pocketed a supply of Prontosil tablets, returned to her hospital room, put the red tablets in her mouth himself, and made certain that she swallowed. Then he waited. A day later her temperature continued to rise. He gave her more tablets. No improvement. On day (p. 182) three he gave her more, a large dose, but there was still no improvement. Her situation was growing desperate, so he pulled out all the stops, on day four giving her more Prontosil tablets, then two large injections of Prontosil soluble. Finally her temperature started to drop. He gave her more tablets. After a week of treatment, her temperature finally returned to normal. The infection had been stopped. By Christmas she was able to celebrate the holidays with her family.