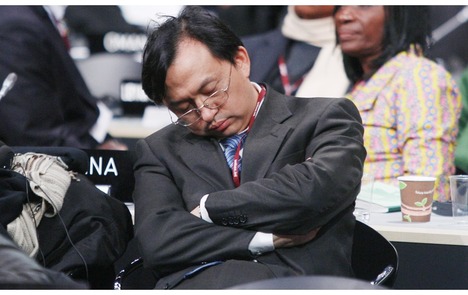 “A delegate from China sleeps during a break in an all-night plenary meeting at the UN Climate Change Conference 2009 in Copenhagen.” Source of caption and photo: http://img4.allvoices.com/thumbs/event/900/570/44914193-delegate-from.jpg.

(p. A17) COPENHAGEN — The global effort to combat climate change is stuck in essentially the same place after a massive United Nations summit that it was before the confab: with major emitters deadlocked over how much each of them should have to do to curb the rising output of greenhouse gases.
. . .
Mr. Obama . . . left before the final vote to try to beat a snowstorm that pounded the Washington, D.C., area this weekend. 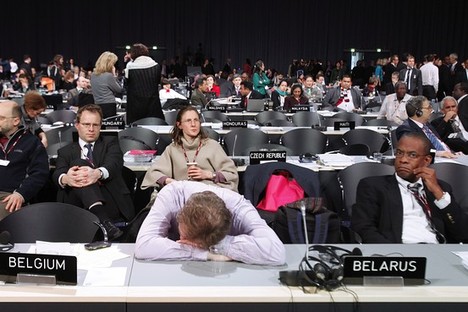 “A delegate sleeps during a break in an all-night plenary meeting at the UN Climate Change Conference 2009 in Copenhagen December 19, 2009.” Source of caption and photo: online version of the WSJ article quoted and cited above. 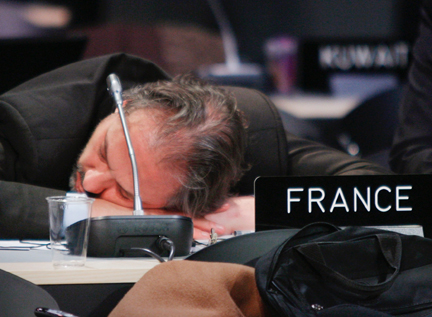 “A French delegate sleeps during all-night discussions at Copenhagen.” Source of caption and photo: http://www.rfi.fr/actuen/images/120/FRANCECOPEN432.jpg.