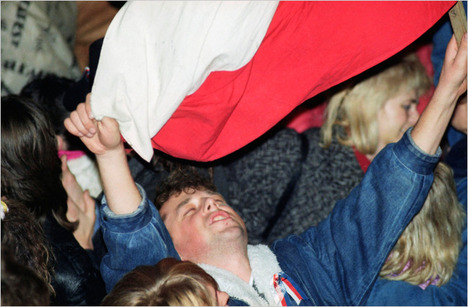 “In this Nov. 25, 1989, file photo a Czech demonstrator overcome by emotion after hearing about the resignation of the Central Committee of the Communist Party in Prague.” Source of caption and photo: online version of the NYT article quoted and cited below.

(p. A16) . . . Mirek Kodym, 56, a ponytailed former security guard who published illegal political and literary tracts before 1989 and marched on Tuesday as he had 20 years ago, said the Velvet Revolution had been a seminal moment in which a beleaguered nation had finally tasted freedom. 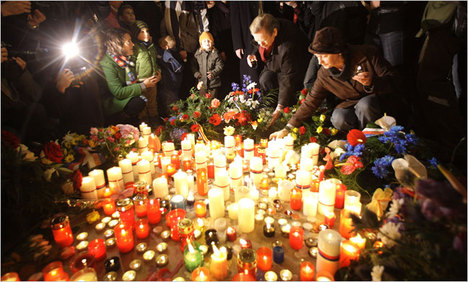 “The former Czech Republic’s president Vaclav Havel, background center, with a red scarf, placed a candle at a commemoration of the so-called Velvet Revolution, in Prague on Tuesday.” Source of caption and photo: online version of the NYT article quoted and cited above.