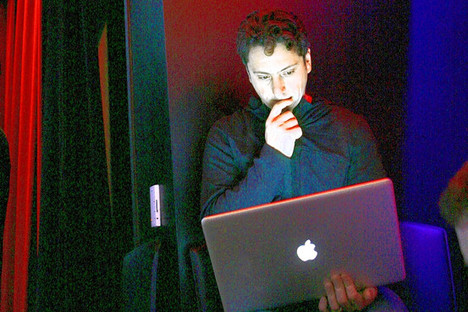 “Co-founder Sergey Brin has been active in Google’s dealings with China.” Source of caption and photo: online version of the WSJ article quoted and cited below.

(p. A8) As a boy growing up in the Soviet Union, Sergey Brin witnessed the consequences of censorship. Now the Google Inc. co-founder is drawing on that experience in shaping the company’s showdown with the Chinese government.

Mr. Brin has long been Google’s moral compass on China-related issues, say people familiar with the matter. He expressed the greatest concern among decision makers, they say, about the compromises Google made when it launched its Chinese-language search engine, Google.cn, in 2006. He is now the guiding force behind Google’s decision to stop filtering search results in China, say people familiar with the decision.
. . .
The move is the clearest manifestation yet of a tension that has always existed at Google.
The Internet company, on one hand, is analytical: It built its core search business on algorithms that determine the relevance of Web sites and has tried to apply quantitative analysis to traditionally subjective parts of a business, such as hiring decisions. On the other hand, Mr. Brin and co-founder Larry Page have passionately touted Google’s ability to spread democracy through access to information, and adopted the unofficial and now-famous motto, “Don’t Be Evil.”
“At its best, Google is data-driven with an ethical trump card,” said Larry Brilliant, who headed up the company’s philanthropic efforts until 2009. Always it was the founders, Messrs. Brin and Page, who could play that card, he added.