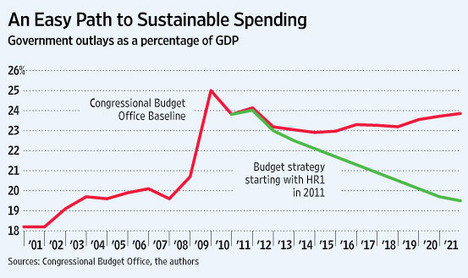 Above all, the federal government needs a credible and transparent budget strategy. It’s time for a game-changer–a budget action that will stop the recent discretionary spending binge before it gets entrenched in government agencies.
. . .
We can see such a sensible budget strategy starting to emerge. The first step of the strategy is largely being addressed by the House budget plan for 2011, or HR1. Though voted down in its entirety by the Senate, it is now being split up into “continuing” resolutions that add up to the same spending levels.