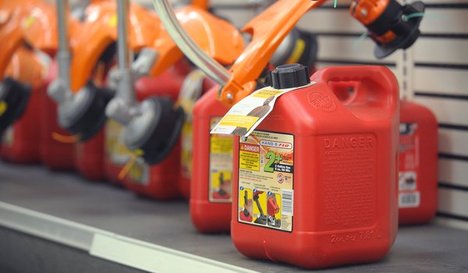 “Blitz gasoline cans, at Ace Hardware in Miami, Okla., will soon disappear from stores. The company closed because of the costs of lawsuits contending that the cans were unsafe.” Source of caption and photo: online version of the NYT article quoted and cited below.

The “Mr. Flick” quoted below is Rocky Flick, the former CEO of Blitz.

(p. B1) Crusading against what it considers frivolous lawsuits, the United States Chamber of Commerce has had no shortage of cases to highlight, like the man suing a cruise line after burning his feet on a sunny deck or the mother claiming hearing loss from the screaming at a Justin Bieber concert.

Now, the lobbying group’s Institute for Legal Reform is showing a 30-second commercial that uses Blitz USA, a bankrupt Oklahoma gasoline can manufacturer, to illustrate the consequences of abusive lawsuits. The ad shows tearful workers losing their jobs and the lights going out at the 46-year-old company as a result of steep legal costs from lawsuits targeting the red plastic containers, according to the company and the institute.
The closing of the 117-employee operation this summer became a rallying point for proponents of tort reform. . . .
. . .
(p. B2) Blitz executives note that the company, which was the nation’s leading gas can producer, sold more than 14 million cans a year over the last decade, with fewer than two reported incidents per million cans sold. The company said the most serious incidents usually involved obvious misuse of the cans, like pouring gasoline on an open fire.
. . .
A decade ago, Mr. Flick said, the company would face one or two lawsuits a year. The number grew to six or seven a year, and finally to 25 or so last year when Blitz filed for bankruptcy.

View the Chamber video clip on the Blitz example: 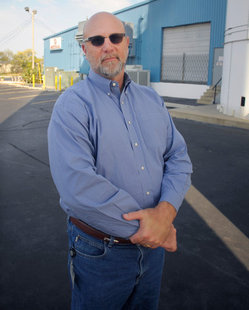