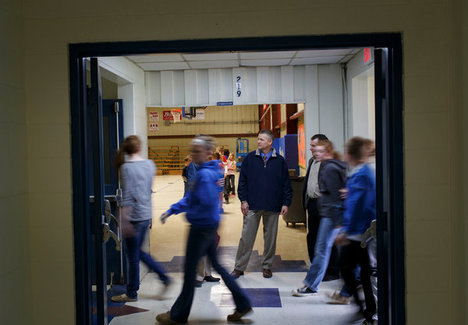 (p. A10) WEST PLAINS, Mo. — At 8:30 on a cloudy, frigid morning late last month in this folksy Ozark town, the superintendent of an area school strolled through the glass doors of the local newspaper office to deliver a news release.

Hours later, the content of that release produced a front-page headline in The West Plains Daily Quill that caught residents off guard: “At Fairview School Some Employees Now Carry Concealed Weapons.”
That was how most parents of Fairview students learned that the school had trained some of its staff members to carry weapons, and the reaction was loud — and mostly gleeful.
“Sooo very glad to hear this,” a woman whose grandchildren attend Fairview posted on the Facebook page of The Quill, adding, “All schools in America should do this.”