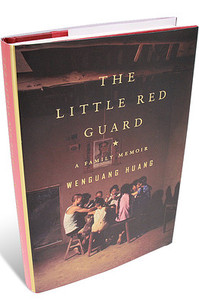 (p. A13) When economic reform and the seductive breeze of political liberalization come to China in the 1980s, the author’s cautious father tells his children that if they want to succeed they should be discreet. He urges his son, who is at Shanghai’s Fudan University, not to waste his time on useless foreign books. When the son first reads Shakespeare, he thinks that the expression “to be or not to be” is taken from Confucius. His father tells him that asking for too much freedom can land you in jail. “If you are not careful the government could crush you like a bug.” Not long after this warning, the student democracy movement was smashed apart at Tiananmen Square, though Mr. Huang’s father did not live to see it.

In the end, it is the father who suffers as his world collapses. Toward the end of his life he was told by the Party that he was to be rewarded for devising a money-saving program at his state factory with promotion and a better wage. Instead the promotion went to the girlfriend of the local Party secretary, and the firm’s bosses split his wage rise among themselves. Embittered and exhausted, he died of a heart attack in 1988, ahead of his mother.

For the full review, see:
MICHAEL FATHERS. “BOOKSHELF; Coming of Age In Mao’s China; Death cannot be controlled by the party, but disposing of a body can. So the author’s father built a coffin in secret at his mother’s request..” The Wall Street Journal (Mon., April 30, 2012): C4.
(Note: ellipsis added.)
(Note: the online version of the article has the date April 29, 2012.)