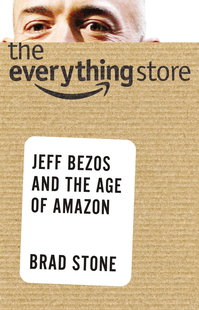 (p. C5) Mr. Stone, a senior writer for Bloomberg Businessweek and a former reporter for The New York Times, tells this story of disruptive innovation with authority and verve, and lots of well-informed reporting. Although “The Everything Store” retraces early ground covered by Robert Spector’s 2000 book, “Amazon.com: Get Big Fast,” Mr. Stone has conducted more than 300 interviews with current and former Amazon executives and employees, including conversations, over the years, with Mr. Bezos, who “in the end was supportive of this project even though he judged that it was ‘too early’ for a reflective look” at the company.

“The Everything Store” does not examine in detail the fallout that Amazon’s rise has had on book publishing and on independent bookstores, but Mr. Stone does a nimble job of situating the company’s evolution within the wider retail landscape and within the technological revolution that was remaking the world at the turn of the millennium.

The book under review is:
Stone, Brad. The Everything Store: Jeff Bezos and the Age of Amazon. New York: Little, Brown and Company, 2013. 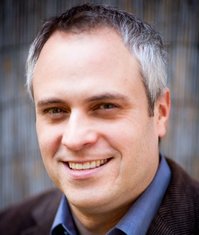 “Brad Stone” Source of caption and photo: online version of the NYT review quoted and cited above.